“Food is one of the most significant trademarks of a culture.” Said Mark Kurlansky. Presenting the review named “Foods that start with N” is not only about exploring tastes, but it is more about introducing to the different cultures.

To write about foods that begin with N well deserves to be started with something sweet. Nai You Zha Gao is a Beijing oriented fried cream cake. It looks like small golden balls coloring a little more yellow. The delicious sweet cream cake has a crispy outer layer while inside, it is sticky and soft.

The recipe is almost similar to mixing cream with flour pasta and vanilla and sugar to be fried in oil. The cakes are easy to be digested and delicious enough.

25 Popular Foods That Start With E 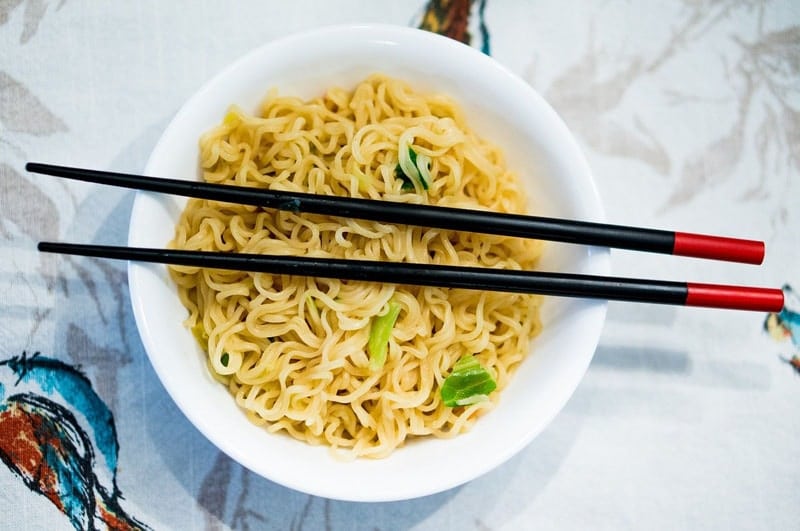 The most simple to cook and equally famous worldwide, which everyone is familiar with, are noodles. These are long cut strings made of unleavened dough.

You simply need to boil them in water, and they are ready to serve. Adding flavors to the simple recipe has introduced multiple noodles variants worldwide as the fast serving semi-meal. 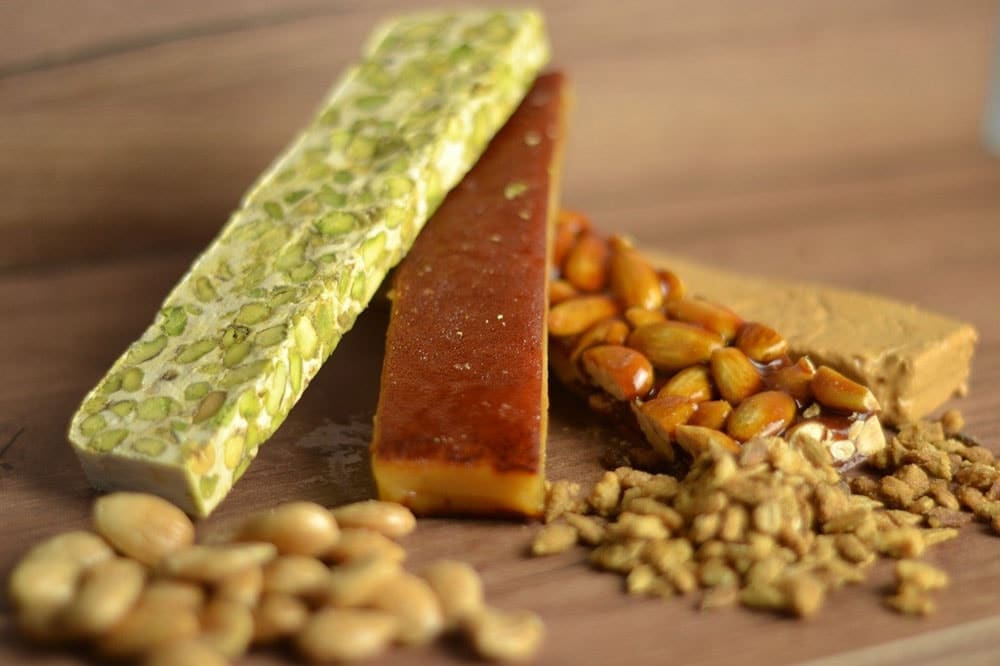 Breaded chicken meat, later baked or fried, become the yummy nuggets. Nuggets have become one of the most popular restaurants or homemade foods during the past years. The golden fried small pieces taste incomparable either served with meal or evening tea.

A variant to the eat-ready nuggets is the frozen one, which is commonly available in markets.

20 Healthy Foods That Start With I

Mouthwatering Nougat belongs to the confection family. Delicious chewy consistent, Nougat is made with roasted nuts and egg whites. Sugar or honey may be used for sweetening.

Weight conscious people need to stay away from it … lol. A 100 gram of Nougat may contain around 400 calories in it. Traditionally talking, hazelnuts, pistachios, almonds, and walnuts are the main ingredient, and it is used in various chocolates and candy bars.

East Asia native, Pyrus pyrifolia, is a pear tree species. There is a supposition that it’s a cross product of apple and pear, which is wrong. Nashi pear, known by different names in different regions, is a natural type of pears.

Nashi pear is rich with potassium, vitamin C, copper, and a dozen other healthy nutrients. A natural thirst-quenching fruit having an apple bite crisp offers you the fresh pear relish.

25 Awesome Foods That Starts With J

“Dual national” of West Asia and East Europe, nigella seeds are tiny black seeds. Nigella seeds also reside in East Myanmar and Nothern Africa. The scientific name of it is Nigella sativa, though they are also known as black cumin.

Nigella seeds have multiple health benefits, such as they are known to control cholesterol and blood sugar. It’s a spice that can be added to other recipes. But intaking a small quantity directly is also in practice to gain above mentioned benefits. 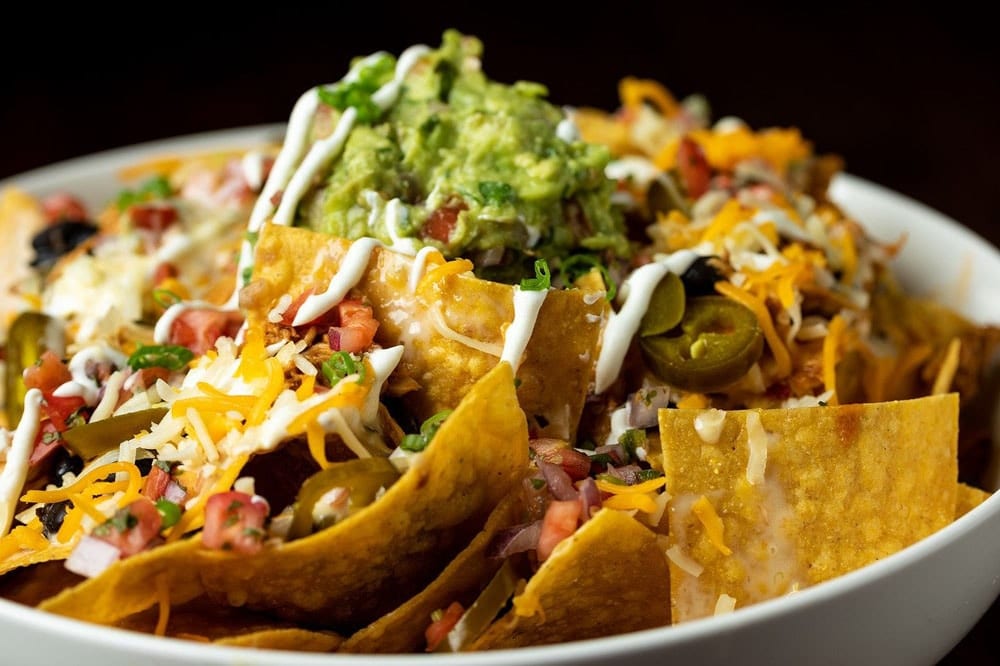 To proceed with the foods beginning with N, let’ have a journey to Northern Mexico. You will be served with a regional dish made of tortilla chips or yummy tortopos having melted cheese on them.

There are several toppings now used to bless it with a flavor variant. The thing to remember is that it contains more fat than a standard cheez burger. So if you are a diet conscious person, eat it at your own risk.

Traditionally, Nachos is served as an appetizer or snack, but variations to the recipe make it a main dish by adding various ingredients to it.

35 Popular foods that start with U

Want to eat something between meals? Do not worry about it. Let us introduce you to the snacks that start with N. Nankhatai can be referred to as a biscuit-like thing, sweet in taste and light on the stomach.

The home for Nankhatai is India, so despite geographical divisions, it is commonly popular in Pakistan and Bangladesh as well. Flour, butter, and sugar are the basic ingredients, while the natives use to make Nankhatai in different taste variants, adding more to the basic.

Most of us love oranges but do not want the seed to be there. Bad tasting seeds of oranges often spoil the mood. Try Navel oranges to avoid the annoyance. Being seedless and sweeter than the best valencias, Navel orange is globally known as one of the best in the citrus family.

The fact behind the name is that this juicy fruit has a notch on the surface, identical to the human navel. Navel oranges remain available throughout winters. They have considerably less tang than valencias.

Nesselrode mixture contains candied fruits, cheez-nut, and Booz. Besides pies, it is also used in puddings and ice creams. The incredible taste of Nesselrode pies ruled the Newyorker’s hearts for decades.

Experience of compiling the foods that start with the letter N has revealed to me the fact that there may be an emotional attachment between the natives and their traditional foods.

New Yorkers are becoming eager to revive their historical deserts. Nesselrode pie remained the New York signature, which was gradually forgotten after the ’60s. But now it’s hitting the market again.

20 Thanksgiving Foods That Start With Q 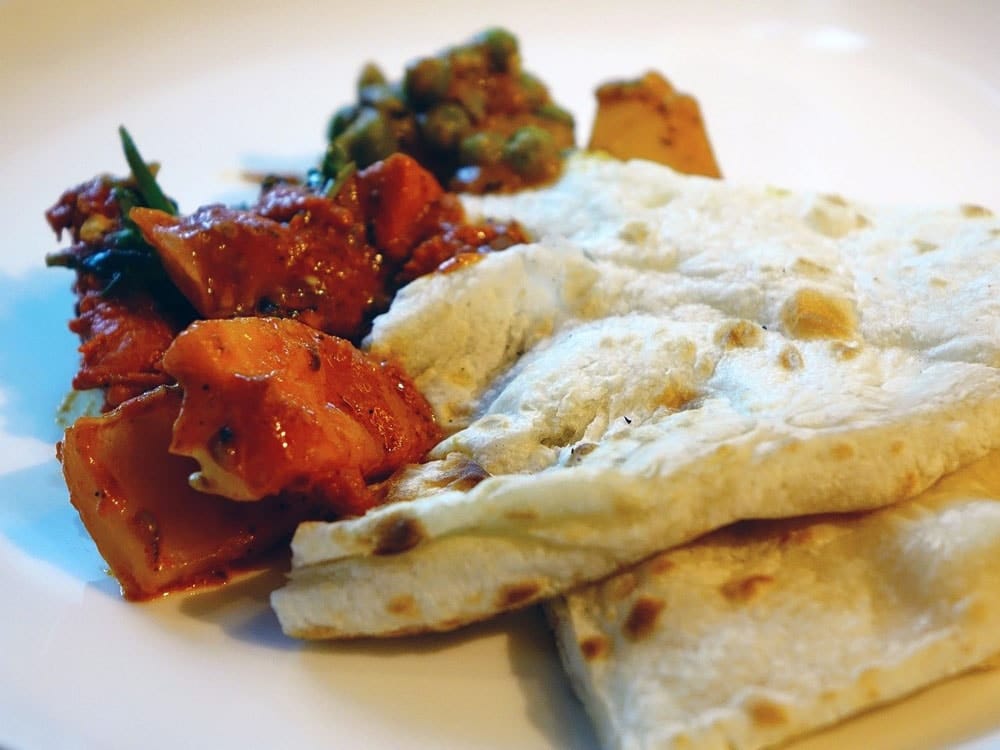 Naan simply refers to a round-shape leavened bread type made of flour. It is traditionally served with gravies in the Asian region. Till the day, Naan is used to be baked in a particular drum-shape oven made of clay called “Tandoor.” Tandoor is heated with coal, wood, or gas burning.

Naan is also used to be taken with sweetened yogurt or even with tea for breakfast. This low calories food contains high carbohydrates and vitamins. Garlic or oil served Naan(Roghni Naan), and Naan fried with spicy grain flour paste are the mouthwatering variants to it, which you can find almost every next corner in the subcontinent.

Nipa is a palm species found natively on pacific and Indian ocean coastlines. Nipa palm is also known as mangrove palm. It is an edible wild plant, and the young shoots are also suffused to make an aromatized tisane.

Leaves and other parts of Nipa palm help roofing, and thatching and the secretion of juice found therein yields the sugar, which further becomes the main ingredient of vinegar, alcoholic beverages, and other syrups.

A confectionary item, which probably has come from heavens, could not be identified as its origin. Traditionally it was used to made in opaque white but evolved into many colors till the present day.

These are little sugar and starch made balls which are used as a decorative confection. Nonpareil translates into something non-comparable, which proves its truthfulness as soon as you put, chocolate or candy topped with Nonpareils into your mouth.

Yes, it is a variety of peach. A beautiful cross of two genes of the peach family is Nectarine. The brighter red and yellow combination make it look like a fireball from a distance.

Peachtree, if crossed or self-pollinated occasionally, some of the seed obtained from there may grow into nectarine plants. The nutritional profile of Nectarine is considerably brilliant. Besides other nutrients, Nectarine is rich with beta-carotene. Beta-carotene is turned into vitamin A by the body itself, which helps human eyes and skin health. Further, it supports the social immune system. Remember that a strong immune system is the only defense against covid-19 today.

Should we add some fried rice to the foods beginning with N? Here is Nasi Goreng, an Indonesian dish containing the rice added with vegetable and meat pieces.

Nasi Goreng will be served to you with a fried egg. Yes, it is a traditional serving of Nasi Goreng. You will find many variations to the dish across the region based on different add up and spice recipes. Sweet soy sauce remains the main seasoning most of the time.

Among the food that starts with N, Nutmeg Melon is the oldest cantaloupe grown in America. You can find it in almost every grocery store, which is evident in its demand and fandom all around.

It has a nutmeg shape, which made it calling Nutmeg Melon. It is a green cantaloupe variety, having a netted skin with aromatic watery fruit inside. The fruit is rich in electrolytes and can range between 0.5 to 5 kilograms of weight.

Nutmeg Melon makes an energizing and revitalizing snack with cantaloupe, which is enriched with vitamins A, B, C, E, iron, folate, zinc, and several other healthy enzymes.

Natal plum is a shrub coming from the Southern African region. It belongs to the Carissa family. Carissa is an oblong berry containing a small seed inside. Natal plum has reddish skin and flesh. Natal plums bloom for a more extended period, and the plant intensifies a fragrance at night.

There is a horrible fact attached with carissa fruits, that green fruits are dangerously poisonous being a wild shrub. But, once it ripes, its juicy consistency tastes like something sweet and sour.

You might have tasted turnips. The Neep is referred to as the same. It is a little sweet in taste, and both the neep and its green leaves have become essential to many recipes cooked around the globe.

Neep is remarkably enriched with potassium, magnesium, fibers, and other healthy nutrients. Throughout the English-speaking region, you will find a neep as a white turnip. A root veggie, having purple patches on the white skin outside and the white flesh inside.

While in Scotland, Neep is referred to a bit differently similar veggie root, which has an orange or pale flesh inside. It has a comparatively thicker skin with a purplish-green impact. Identical to the one called swede in England.

Napa is a type of cabbage found in the Chinese region. It is a multi-layer green food falling under vegetable class. Chinese cabbages refer to a couple of cultivar groups. Napa cabbage belongs to the Pekinensis group.

Napa is the best choice for those who are searching for something mild. It is sweeter than green cabbage with more tender leaves.

Stir-fries and dumplings are the best friends of Napa cabbage. Similarly, slaws and salads feel excited to welcome their tender leaves.

Foods that begin with N now end with “N for Nihari,” This is a thick gravy dish famous for its spicy nature and tender, smooth meat.

The subcontinent is the home for Nihari. In addition to the beef or goat meat nutrition, as Nihari is cooked in oil, per serving may have above 400 calories in it.

Nihari has a fantastic aromatic characteristic and is served with Naan or another native bread type called Roti or Chapati. Nihari is highly liked in the Sunday brunch and has been the top rating food in Asian cuisine.

I am sure that you are amazed to know that many have the signature importance for their relevant homeland among the food that starts with N. We shall be exploring with more for you in the future. That’s all for now.

1 thought on “20 Most Popular Foods That Start With N”