Coffee has gained its reputation all over the world for being a drink with many benefits. For most drinkers, it isn’t easy to start the day without a cup. The reasons are not far-fetched. Coffee helps to boosts physical performance. It also enhances focus and mental alertness during work processes. Besides these, coffee contains antioxidants that help the body fight off germs.

A factor that makes coffee a unique drink is the innovative methods by which it can be served. Drinkers can make their selection based on the right dose of coffee strength and adequate addition of milk or cream. Different types, among other coffee drinks, include Flat White, Latte.

Are there differences between the types mentioned above of coffee drinks? How are these differences achieved? What part of the world did they originate from? Are they served in this same and same measurement? Do they have the same composition of coffee and milk?

Related : What Is the Difference Between a Latte and a Cappuccino?

What is Flat White 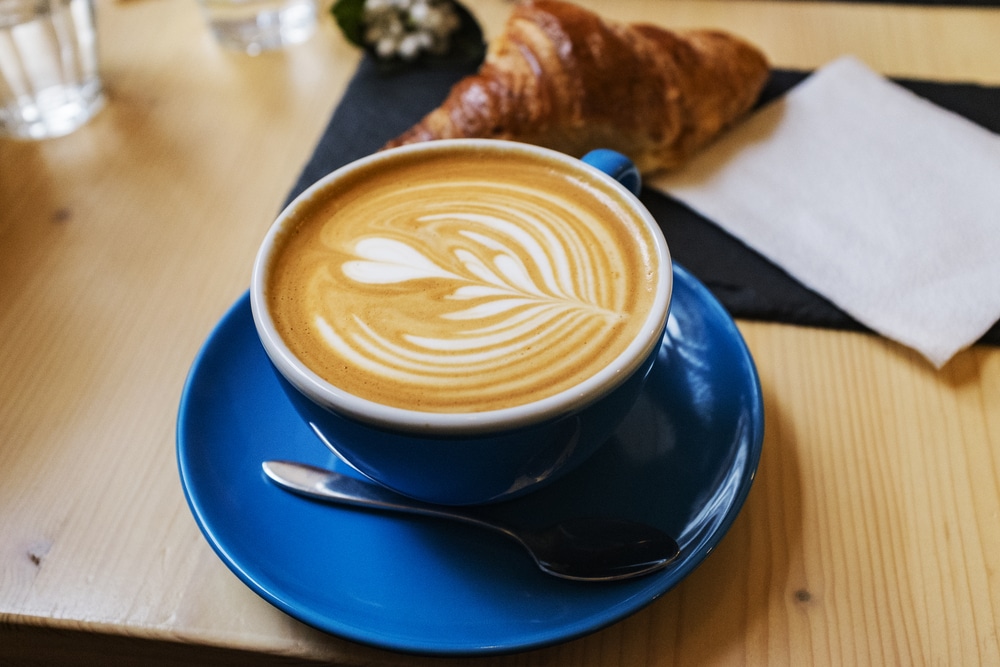 Flat White originated from either New Zealand or Australia. The truth is both regions have struggled for the title, but it is not clear to consumers where it originally started. For every real coffee consumer, the origin does not make much difference.

However, what is clear is that this is a combination of espresso and steamed milk. The creation of this type of coffee drink can be traced back to the 1980s. Its reach and influence have also spread across the globe, especially in the United States of America, and the United Kingdom. It is prepared to have little quantity of micro foam, hence the name ‘flat’.

Unlike dry cappuccino that bubbles with foam, the coffee drink is more creamy than frothy. There is also a higher quantity of coffee than milk. Hence, when you take a sip, you feel the strength of the coffee coursing through your body, with just a faint milky taste.

This is an excellent choice for consumers who love the Cappuccino but dislike the huge foams it has, some of which are left hanging on the upper lips after a sip has been taken. This time around, the foams have been reduced to the barest minimum.

Many coffee shops now include this specialty on their menus for customers who prefer this type of taste. Having this kind of option gives you the type of bittersweet taste, where you are not mandated to choose any of the extremes.

This drink is usually served in a ceramic cup placed on a saucer. The most important feature that stands a cup of flat white out is the thin layer of velvety micro foam, rather than the thick layer seen in other cups of coffee. There is a total absence of foam in this coffee drink.

Related : What is the Difference Between Coffee and Espresso? 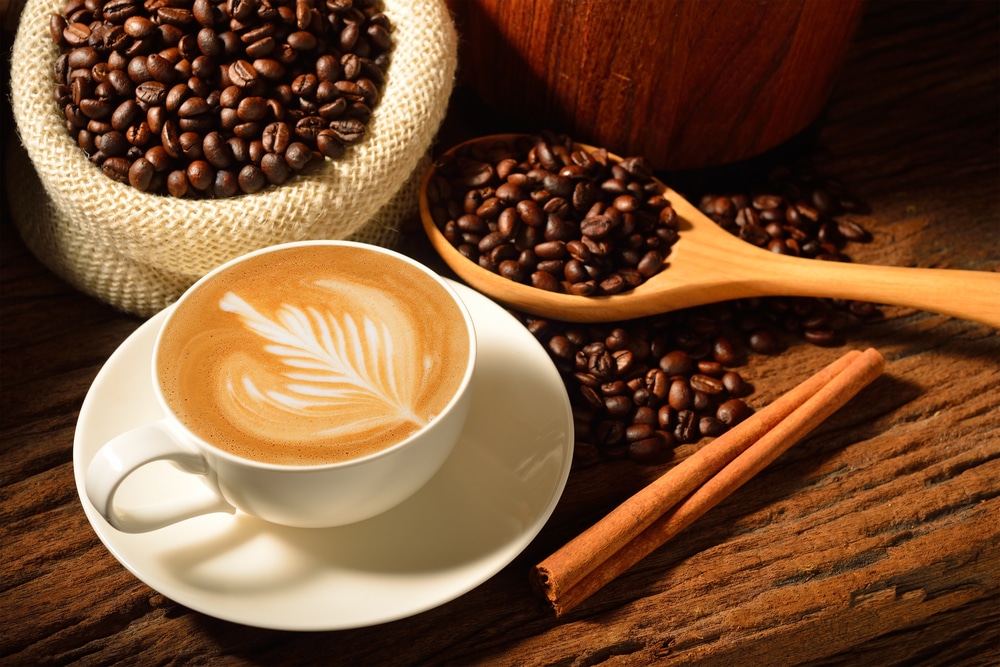 Latte is derived from the Italian word, Caffelatte, meaning’ coffee and milk.’ The name sums up the meaning of the word. This variation of coffee drink is prepared with the right quantity of milk and is a suitable choice for those avoiding that strong taste of raw coffee. For a sweeter drink, other additives such as flavors can be used.

Its origin can be traced to the 17th century. It is also a usual menu in many cafes in Europe and the United States of America. This coffee drink is also served in a cup on a saucer. Some prefer serving theirs in a bowl. Latte can also be served with ice. It can be home-brewed with a stovetop Moka.

Latte shares some similarities with cappuccino; however, the former has more layers of think milk than the latter.

There are different variations of this drink in parts of the world. There are the café latte and the latte macchiato types. As much as they both sound similar, they have different modes of preparation. A coffee macchiato has three-quarter coffee and a quarter of the milk. Soy milk and oat milk can also be used as alternatives because they have the quality of foaming, just like cow milk, which is usually used.

There are also similarities between the preparation of Latte and Cappuccino. They are both made with espresso, steamed milk, and micro foam. The difference is that Cappucino has more quantity of foam.

What is the Difference between Latte and Flat White 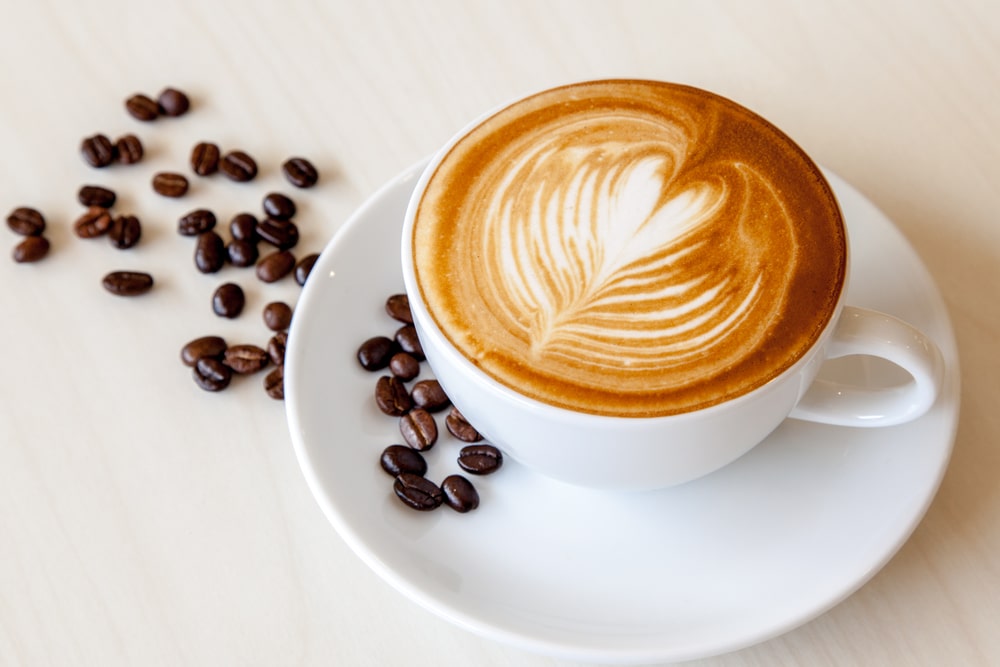 The deduction would not be which coffee drink is better. The variations offer options to coffee drinkers, and that can be seen as first development. However, knowledge of the differences would help coffee drinkers make the right choices when they need to order a cup of coffee next.

Asides from the sizes, the significant difference is in the quantity of milk added. Latte is usually served t 240 ml whole Flat White comes in 160 ml. They both have the same amount of espresso. So, the difference in taste comes from the amount of milk poured. This is an essential difference between Flat White and Latte; flat white is always served in smaller measure than a latte and even cappuccinos.

They are also served with steamed milk, but Latte has more micro foam, right at the top. Flat White also has more coffee, usually a double shot of espresso. This gives it that very strong flavor. It has also been said that Latte is the famous drink in second wave coffee shops, while Flat White reigns among coffee drinks served in third-wave coffee shops.

Related : What Is A Macchiato? Definitive Guide of Macchiato Mystery

In conclusion, these are the obvious differences between a latte and Flat White. Both drinks are excellent, tasting coffee drinks, especially when prepared by the best hands. However, it all depends on your preference. How do you like your coffee? Both drinks are made with a combination of espresso and milk. Another obvious similarity is that they are both served in a cup placed on a saucer.

For those who do not have any preference, you have the liberty of enjoying either drink when you step into a café. You can also get them home-brewed if you can learn the skills. However, one offers you that dry, velvety foamy appearance with a stronger coffee flavor.