The Best Substitute for Sage Spice – Sage is undoubtedly the star of your kitchen, but if you’re on a trial of some fantastic recipe that needs sage and you realize that you don’t have it in your pantry.

Or if you live in the areas where you don’t have access to sage spice, don’t worry!

There are many substitutes for sage spice that perfectly match the dishes in which sage is used. Luckily, no one can figure out is it sage or some other substitute. Isn’t it great? Let us have a brief overview of sage and its substitutes.

Keep reading to know what are the sage substitutes, and how they taste just like sage.

We can say five spices are the best alternatives you can use instead of sage if you run short of sage.

These substitutes mimic the flavor, taste and aroma of sage that account for the replacement in the dish. 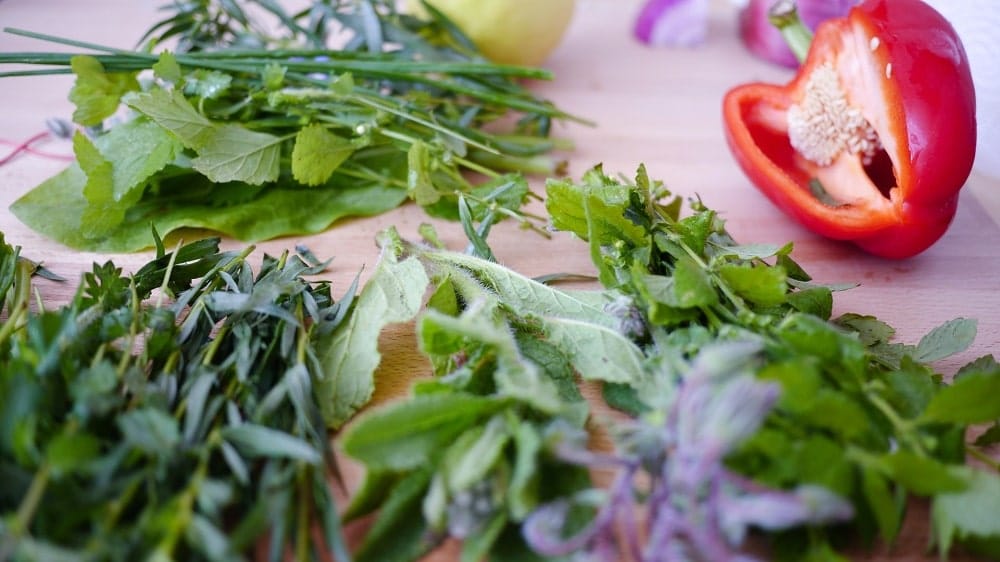 We know sage as a spice, but the history of sage is very long. Its biological name is Salvia officinalis.

It is native to the Mediterranean region but can grow well in different climate conditions. Sage prefers a warm environment with sheltered, full sun. It requires fertile, moist, and well-drained soil.

Historically, sage herb was used for various medicinal purposes and is known as “medicinal herb.”

Romans called it “holy herb” and used it in their religious rituals. Also, Romans used it for the treatment of many diseases like sore throats and skin allergies.

As far as Egyptians are concerned, they believe sage can solve the problem of infertility in women.

In the early 800’s the Emperor of Romans Charlemagne planted sage and trade it due to its medicinal qualities.

Native American tribes burn sage as a part of their rituals.

But today, we use sage as a spice. It is used widely in many cuisines, be it American, British or Italian. Thanksgiving dinners or holiday meals are incomplete without the flavor of sage in roasted stuff turkey.

Sage is a herb that belongs to the mint family and is famous due to its aroma and flavorful attributes.

It has a savory, peppery taste with a touch of mint. This combination goes well with its earthy flavor and gives a hint of flavor that pleases our taste buds. This spice complements sweet and sour both types of dishes.

The Types of Sage

Sage is available in fresh, ground, or dried/powdered forms and may be used in various ways.

If a dish requires a powerful and sharp aroma of sage, fresh sage leaves will do that.

Dried powdered sage has the same flavor but milder than that of fresh leaves.

An intermediate flavor is achievable through the use of ground sage, which is indeed the best substitute for sage leaves (fresh).

The Best Food Match for Sage

Sage goes well with meat. Be it chicken, turkey, fish, pork, beef, or any sort of meat–sage is the star of any meat recipe. No Thanksgiving dinner or holiday meal is complete without sage.

We can season our salads with sage or add it in sauces.

It’s best for stuffing in the turkey or maybe used with onions. It complements roasted meals perfectly.

Sage can be added to tea; it also feels good to our taste buds and has nutritional benefits.

If you’re trying out a recipe or in the middle of making dinner for an occasion and just realize you’re out of sage. Keep calm and take a deep breath.

There’s no need to worry about it!

These are five substitutes for sage that can completely replace the need for sage in your recipe without even letting your guests or family know. Let us discuss each replacement for sage.

Thyme is a common herb used in many cuisines as an essential spice herb for seasoning.

It is called an aromatic cousin of sage because it belongs to the mint family too. Therefore, it gives that similar aroma—just like that of sage when added to dishes. That is the reason it can be used in place of sage in meals.

Thyme can be added to meat dishes that require longer cooking times because it doesn’t lose its aroma when heated. So, it will give a similar taste and smell like sage.

It has minty and earthy flavor tones that mimic sage. An equal amount of thyme must be added to substitute sage in the recipe.

Marjoram also complements meat meals like sage. As a member of the mint family, it has similar flavor tones to sage.

It has a touch of citrus flavor that sage doesn’t have but goes well with the meat dishes anyway.

Longer cooking times lead to losses in marjoram’s flavor, so when substituting sage with marjoram, make sure to use it over the meal as garnishing stuff or after cooking seasoning.

An equal amount of marjoram should be used to replace sage.

Savory is a mint family herb and, as the name indicates, goes well with savory meals. It’s a culinary staple in the European region.

It comes in two varieties: Summer and winter. Summer savory tastes more like pepper, whereas the winter savory has an earthy hint.

The herb can mimic the flavor of thyme and marjoram, and as these two can replace sage, savory can too. It has peppery and earthy notes that are compatible with sage dishes. Hence, savory can replace fresh sage when used in equal amounts.

Poultry seasoning–as the name reflects, is used to season poultry dishes like turkey or chicken.

Poultry seasoning is not just a single spice but a mixture of herbs in a single bottle packed with complementing flavors and aroma.

Usually, it is made of savory, thyme, mint, oregano, basil, rosemary, parsley, and sage. This combination goes well with different meals, and you make a good fist of your stuffed turkey.

The use is not limited to meat meals; you can use it in other recipes too as per requirement.

Rosemary again is a mint family member and native to the Mediterranean. It has a mild minty, pepper-like taste but has a woody aftertaste. Well, it mimics sage to a better extent.

The flavor and aroma of rosemary are sharp, so a little of it will be enough to use in place of sage.

Another incredible fact about rosemary is that its flavor is not affected by cooking for longer times so that we can add it during cooking. Rosemary usually complements meat dishes.

Different kinds of pasta or some Italian dishes are also seasoned with rosemary.

This was our rundown of 5 substitutes for sage and how they work like sage. Using the sage substitutes in the recipes will help achieve taste, flavor, and aroma like sage. If you’re in the middle of your recipe and run out of sage, don’t worry. These substitutes can help.

Among the list of 5 substitutes, the best substitute for sage will be poultry seasoning. The reason is that it contains a mixture of herbs, and all the spices together will complement each other and turn out to give a minty, earthy, peppery, and savory taste, flavor, and aroma like sage.

1 thought on “The Best Substitute for Sage Spice : 5 Alternatives You Can Use Instead”