The world has a variety of peppers. Different peppers have a diverse array of tastes. Carolina is the hottest pepper in taste. Also, after observing its degree of heat on the Scoville scale, you can say that it is evil inside.

It remained under debate for many years that how hot is a Carolina reaper pepper. It is difficult to believe that Carolina is 880 times hotter than the jalapeno. 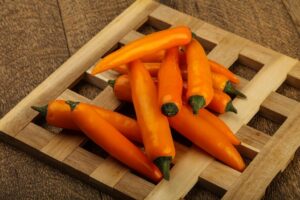 Mr. Ed Currie was the genius who introduced the world to the hottest pepper. He created pepper by crossbreed a number of peppers. It looks like red capsicum.

What is Carolina Reaper Pepper?

The Carolina reaper pepper is a well-known Chinese plant, capsicum. It is red and gnarled, having a bumpy texture and a small pointed tail. It is observed as the hottest pepper in the world.

It is a smaller pod, 1 to 2 inches wide and 2 to 3 inches long. When the pod becomes mature it turns to a vibrant red color. Its skin supports a bumpy appearance and smooth texture.

It has a distinctive feature that is a typical scorpion like a tail. It looks like a scorpion pepper.

There are two opinions about Carolina reaper peppers. Some people said that eating Carolina pepper is healthy, but on the other hand, some consider it harmful.

On the other hand, people think it is best to avoid consuming Carolina. Chili growers are against these thoughts.

They force that it is safe to eat Carolina, but excess intake can be harmful. Some health benefits are mentioned below.

Carolina intake is best for digestive health and wellness. They are more critical but unfortunately neglected parts of health. Carolina sauce is nutrient-rich.

The Carolina sauce helps to enhance the efficiency of the stomach and helps to digest food speedily.

Eating Carolina sauce or food is a rich source of minerals and nutrients.

It gives a very dense supply of nutrients that give you essential macronutrients. These nutrients are ideal for wellness.

Excess of everything is harmful. Carolina is good for health if you eat it wisely.

The research and studies show that Carolina is vitamin-rich and good for health and wellness.

How Hot is the Carolina Reaper Pepper?

Scoville is a unit of heat used to measure how hot peppers are. The measurement of Scoville scale shots that reaper has more than two million Scoville heat units. Measurements can vary.

The heat range of the hottest chili pepper ranges from 1,400,000 to 2,200,00 heat units. Compare the heat of Carolina reaper pepper with typical jalapeno pepper.

What Can I do with Carolina Reaper Peppers?

Carolina reaper pepper is widely used in different recipes. Moreover, there are many uses of Carolina. It has virtually unlimited culinary uses.

Is There any Pepper Hotter than Carolina Pepper?

There is a new pepper discovery, which is considered the most hotter pepper than Carolina pepper.

It is known as the dragon’s breath. It is crowned to be the world’s hottest pepper. It’s the rating of heat on the Scoville scale shows the intense range of 2.48 million.

This pepper is so fierce and hot that even it can kill you. The fact is that it is one million units times intense in heat as compare to Carolina pepper.

Carolina reaper pepper is very hot even it reduced mortals to tears. If Dragon’s breath is 2.48 million greater in the heat than Carolina, it is poison for human health.

It would be best if you didn’t use it in your food that even it can kill you within no time. Dragon’s plant results from the trail of growing a new plant to enhance the quality of existing plants.

Nottingham Trent University does the research and trial. It is not suitable for eating directly but helpful in the medical field. Oils from this plant are used as an anesthetic.

It is too much hotter that no one has tried to swallow Dragon’s breath yet. People who had only bite it without drinking suffer from numbness for many days.

It can destroy your digestive system. It is so harsh to use. The research and studies showed that it could cause anaphylactic shock in many consumers.

Can eating a Carolina reaper pepper kill you?

Carolina pepper has the very highest degree of heat on the Scoville scale. Therefore, many people avoid eating it due to its intense heat.

Even some people think that the use of Carolina reaper pepper can kill. It is not valid. Eating Carolina and other scorching spices cannot kill you.

The people who had face severe conditions might have used an excess of Carolina.

Maybe some people have not a good medical history, and after eating Carolina, they feel more ill.

Many people who ended up in hospitals with extreme conditions after eating reaper were suffering from previous health issues.

There is a fact that eating extremely spicy and hot food can cause vomiting, nausea, and stomach problems. it is a misconception that any pepper can burn your stomach or any other body part.

Carolina Reaper vs the Ghost Pepper 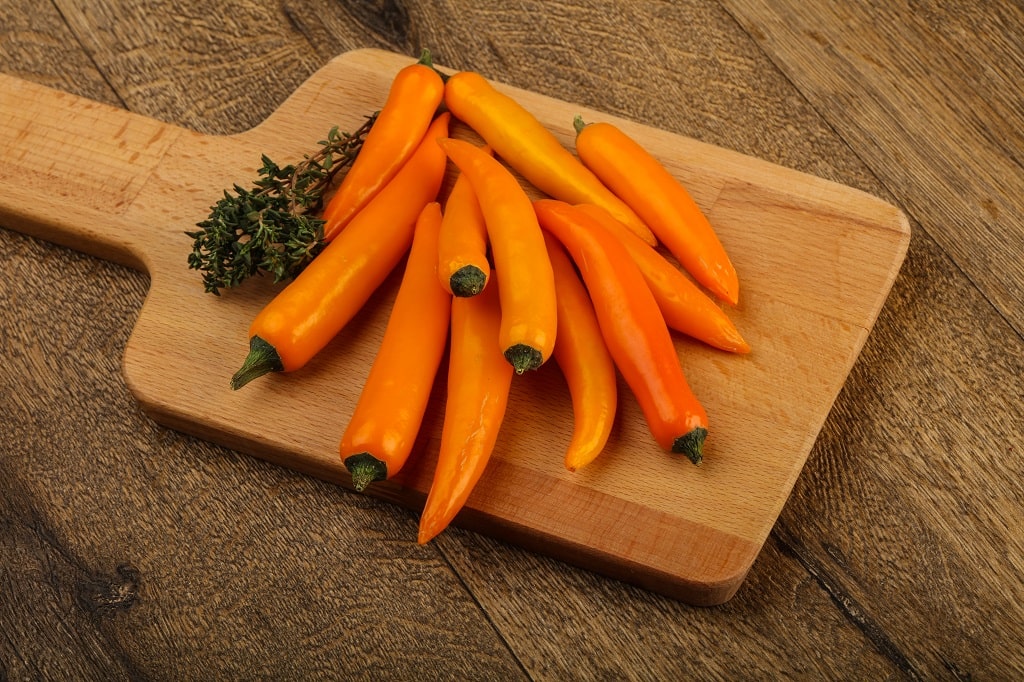 The Carolina Reaper and the ghost pepper is a very hot topic in the world of spices. Like their name, both herbs are a hot topic in terms of popularity.

The ghost pepper is considered the rock star, while Carolina reaper is a blazing up-and-comer that shocked the world.

They both are mega-hot chilies. Carolina reaper vs. the ghost pepper is a debating topic in today’s world of food.

The Carolina and ghost pepper are wickedly hot. Even you have to hold these both with gloves. The ghost pepper is so intensely hot that it is used in pepper spray. The little spot of ghost pepper on your hand is transferred to your face; you will feel your mouth aflame.

Surprisingly both peppers are sweet. The Carolina has been bred to likely the most precious super-hot pepper of the bunch. Before heat hits, you can taste these peppers. Both chilies can cause thirty seconds to a minute for heat to begin hit. After heat hits, it intensifies over half an hour before dissipating.

Their taste is the reason that both chilies are advantageous in making hot sauces. They share a lot with the milder yet still seriously hot habanero and scotch bonnet chilies; therefore, these two are available in many more places.

In a comparison of heat, Carolina Reaper pepper is the winner, but the ghost pepper is more widely available. It is present mainly in product form.

Now Carolina reapers are overgrowing. It has a wicked name, the heat, and the taste of the new chili rock star.

It would help if you used cautions for both these chilies. It is their spiciness and not for timid. Both chilies are highly recommendable for those who love spices.

For people who love mild spices, we recommend habanero and scotch bonnet. These are not seriously hot. You will keep your sanity intact. You can make quick Carolina hot sauce at your home. They are most desirable in the world, and their sauce is full of flavor. It has a delicious fruity taste.

Carolina reaper pepper is the hottest sauce in the world. It is declared in Guinness world record.

When you compare the heat of different peppers you come to know that how hot is a Carolina reaper pepper.

There are many health benefits of eating Carolina. Many people consider it harmful but it is their misconception. Carolina sauce is good for an efficient digestive process. According to the discovery the new Dragons breath is discovered which is spicier and hot.

You can make a variety of hot and spicier food using Carolina pepper.